Do I Have To Pay Overtime To My Salaried Employees? 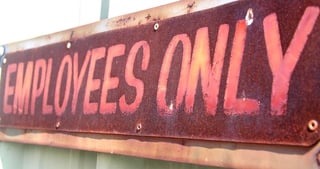 Since 2004, the Department of Labor has not updated the regulations pertaining to white collar workers and the overtime pay provisions.

Currently, as long as you are paying a salaried individual involved in executive, administrative or as a professional employee a salary of $455 per week ($23,660 per year), you are exempt from paying them overtime.

In July 2015, the Department of Labor issued a proposed rule to update the 2004 regulations.  They proposed increasing the exemption threshold to $970 per week ($50,440 per year) for 2016.  This would mean that if you currently have a salaried employee falling into one of the above categories that you are currently paying less than $50,440 per year, you would need to compensate them for any overtime in addition to their salary.

The Department of Labor estimated that this new rule would impact 4.6 million workers exempt under current regulations, as their current salaries would be less than the proposed amount.

The Department of Labor accepted feedback on the proposed rule until September 4, 2015 and the response was so overwhelming that they have delayed finalizing the regulations.  The proposed revisions to the overtime regulations now aren’t likely to be finalized before late 2016.

In the meantime, you should review your current salaried personnel to determine if any adjustments will need to be made or if your budget will need to include overtime compensation if and when the new regulations are implemented.

If you have questions about this might affect your pay practices, please feel free to contact one of our CPAs at (616) 642-9467 or request a complimentary accounting consultation.